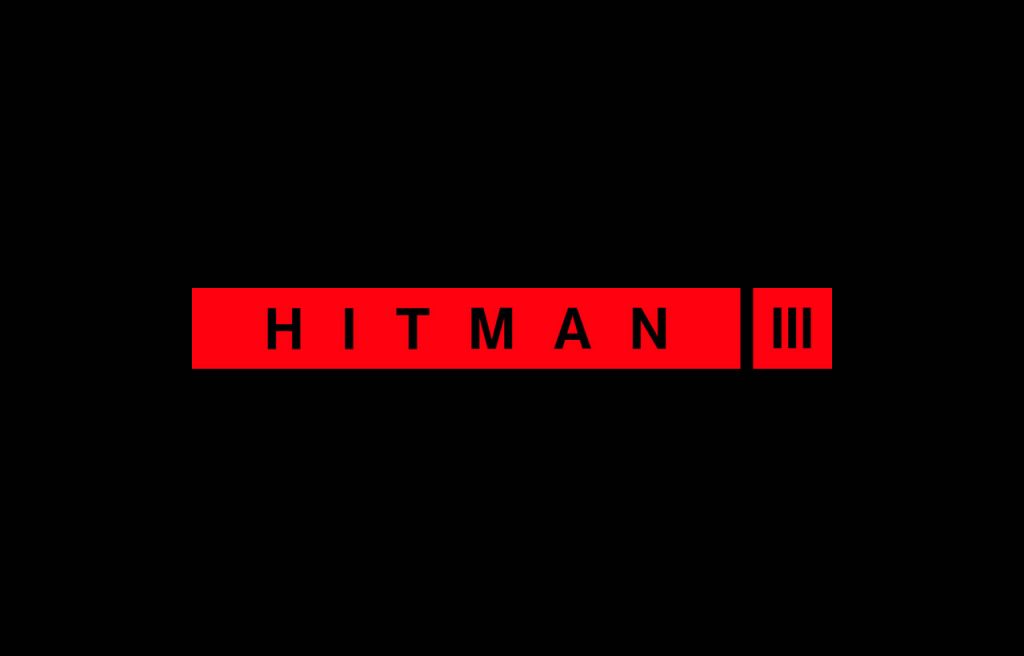 The Seven Deadly Sins in HITMAN 3 started at the end of March with Act 1: Greed. HITMAN 3 players are invited deeper into Agent 47’s mind to explore The Pride Profusion Escalation and take ownership of new items and a shiny suit! The Pride Announcement Trailer gives you a sneak peek of what to expect on May 10th!

Season of Pride / May Roadmap

Also on May 10th, we’ll premiere a new trailer with a look ahead at all of the content coming to HITMAN 3 during the Season of Pride. See it first on the Official Hitman YouTube channel on May 10th.

We’re proud to say that the HITMAN 3 May Patch Notes feature new illustrations by community artist Cartoonishly, aka V1deost.

We’ve commissioned them to create five new illustrations for this month’s patch notes and we’re excited to shine a light on the creativity and talent within the Hitman community in a new way. You can find more awesome Hitman fan art from Cartoonishly on Twitter and YouTube.

Notebook Challenges
We’ve fixed an issue where completed Challenges would still be shown as ‘locked’ when viewed via the in-game notebook. Players would previously need to save/load or restart the mission to see accurate challenges displayed during the mission, even though completion status was correctly being tracked.

Legacy Lighting Pass
We’ve adjusted and tweaked various lighting issues across locations from HITMAN 1 and HITMAN 2. Only the ICA Facility and New York have not had any changes made related to lighting.

Our focus was to tweak extremely bright reflections or glows, transitioning between dark and bright areas, navigating/seeing textures in dark areas and to ensure that screenspace reflections look as expected with these changes.

Legacy Load Errors
We’ve made changes to resolve an issue that would prevent players from saving/loading when using items from HITMAN 1 or HITMAN 2. Basically, the one with the “Load Failed” error message that asked you to check that you had access to specific content.

NPCs Ignore Toilets
Toilets are now more appealing to anyone affected by emetic poison. In other words, we’ve resolved an issue where NPCs would prefer to use a rubbish bin / trash can rather than the toilet to throw up. Now, they will use the more logical choice, more often.

Leaderboard Percentiles
We’ve fully implemented a new feature to the Detailed Score Screen to give an at-a-glance look at how your score compares to the selected leaderboard. It’s also possible to see where the majority of players rank for each mission.

MiniMap Overlay
We’ve resolved a minor visual issue where icons near the minimap and prompts could overlap when viewing the inventory.

Sieker 1 Out
We’ve changed the properties of the Sieker 1 Emetic Gun to fix an issue where it could not be selected in Offline Mode.

Taunton Sieker
We’ve resolved an issue that would cause the inventory images of the Sieker 1 and Taunton Dart Gun to be swapped, depending on what was unlocked and in what order.

Identical Explosives
We’ve tweaked the inventory images for the ICA Explosive Images so that they better reflect the in-game versions.

PS5 Game Help
We’ve resolved an issue where placeholder text was showing for some steps of the PS5 Game Help. It had nothing to do with our pet cat.

Caught Bald-Headed
Agent 47’s bald head will no longer poke out the top of the Arkian Tuxedo suit.

Featured Contract Rewards
We’ve tidied up how the Featured Contracts rewards challenges are being tracked to fix a few issues. Some context: Our intention at launch was for players to complete unique Featured Contracts to earn the different milestone rewards (10, 20, 30, 40, etc). However, it was possible to reach these milestones by repeating the same contract. After reverting back to the intended structure, it caused a few irregularities on the challenge progress depending on the extent of players’ progress.

Here’s what will happen with the release of the 3.30 patch:

– Players who have reached the specified milestones when 3.30 is released will earn the related unlocks. (Example: If you currently have 32/30 contracts completed and no way to earn the unlock, 3.30 will grant you that unlock and mark the challenge as completed.)

– All uncompleted Featured Contract Reward challenges will accurately display the number of unique Featured Contracts that have been completed. (Example: If you played the same contract 29/30 times at launch, 3.30 will adjust that challenge progress to 1/30.)

The idea here is that we want to keep the intended structure of these challenges going forward, but without punishing players who played by the ‘rules’ at launch.

FC Disconnect
We’ve resolved an issue that could cause players to disconnect when completing a Featured Contract. The contract completion was properly registered in the Featured Contracts Track challenges, but any unlocks that should have been awarded were not granted.

Queued Cues
We’ve made some changes to ensure that the proper audio cues play when unlocking new items through mastery unlocks or when new complications for Escalations are introduced.

Already Registered
We’ve updated the error message players receive when trying to log in to their IOI Account and are told that they are ‘already registered’ but unable to log in. Players are now told that they need to visit the IOI Account website and log in using their preferred platform. (This was mostly occurring for PC players who had previously signed up for an IOI Account but are playing HITMAN 3 on Epic for the first time.)

Xbox One Rendering Quality
We’ve added a ‘Rendering Quality’ toggle to the Options>Graphics menu on Xbox One X and Xbox One S that allows players to choose between High Quality or High Framerate modes.

A Brief Moment
We’ve resolved an issue that could cause in-game dialogue to continue after entering the inventory wheel and then choosing an item to store in a briefcase. It’s intended that the entire game is paused when players are in all inventory menus.

Challenge Filter
We’ve added a new option to the Challenge menus that will make it easier to filter the challenges depending on what you want to see.

Colourblind Guards
We’ve adjusted the guard dialogue lines that trigger when they’re hunting 47 to more accurately describe the suit he was wearing. In some cases, certain suits would trigger placeholder dialogue lines describing 47 in the Requiem suit.

Precision Aim
When playing on a controller, you can now press the L1/LB button to activate the ‘Marksman’ perk, which will improve your aim and slow down time. This has been implemented as part of a important change for Nintendo Switch players but will work for other controllers and platform too. The in-game UI and controller mapping will still show R2/RT as the default option for non-Switch players, but we’ve noted it here seeing as the option will be available.

Typo Thief
We’ve fixed a typo in the description of the Taunton Dart Gun. From Steal to Steel.

Tactical Placeholder
We’ve updated the description of the Tactical Turtleneck suit in the inventory to remove placeholder text.

Poison Pen
We’ve updated the Italian description for the Siringa Emetica a Forma di Penna ICA to better reflect that it is an emetic device, not lethal.

Stability Improvements
We’ve resolved issues that could cause the game to crash or be unstable.

Where It’s Due… 3.30
We’ve updated the credits to reflect work done since the last patch.

7DS: Exiting Dubai
We’ve resolved an issue where the unique ‘exit music’ from The Greed Enumeration would trigger when exiting the Dubai location in content not associated with the DLC.

7DS: Voice of Greed
We’ve made a change so that dialogue from the The Greed Enumeration now stops playing when players skip the end cutscene.

The Sound of Carpet
We’ve resolved an issue that could prevent carpet sound effects from playing in Dubai. There was nothing wrong with the carpet itself, but 47 was not *quite* touching the carpet.

Best Intensions
We’ve fixed a typo in the subtitles near the end of the “Means, Motive and Opportunity” Mission Story. We’re not going to tell you too much about it because spoilers.

Left In Suspense
We’ve resolved an issue where Agent 47 could get stuck when vaulting over walls in Dartmoor, especially near the Trophy Room.

Illustration by: Cartoonishly
Hang Down
We’ve fixed an issue where the phone in the Lawyer’s Office was always standing up.

My Room
We’ve fixed an issue where 47 can be spotted through a wall in Alexa’s bedroom.

[This month, there are no patch notes specific to Berlin.]

A Very Observant Lady
We’ve reinforced some of the walls in the restaurant to prevent NPC’s from seeing 47 through specific walls.

Paper Town
We’ve resolved an issue where some buildings in the background of Chongqing appeared to be made of paper, or not connected to one another.

Wet Suit(s)
We’ve removed a layer of waterproof coating from the Raver Suit, Futo Suit, Freedom Phantom Suit and Lynch Suit so that they look wet when outdoors in the Chongqing rain. Same goes for 47’s head.

Apartment Stalkers
We’ve fixed a few tiny holes in the walls of the apartment staircase that allowed eagle-eyed NPC’s to see 47 performing illegal actions. They could probably see him perform legal actions too, but nobody reported that as a problem.

Inside Rain Out
We’ve tweaked a few things so that players no longer hear the ‘outside sounds’ of rain and traffic from certain places in the facility in Chongqing.

Villa? On Top.
We’ve tweaked the drainpipes on the Villa Roof to make sure they’re visible from all angles.

Legal Rifles
Sniper Rifles are now considered to be ‘illegal’ when carried in any outfit in Mendoza, to be consistent with all other locations.

Improbable Proloff
We’ve tweaked some of the parameters of the Proloff Parable to allow players to earn the Silent Assassin rating on all three levels.

Marrakesh: Zaydan’s Prisoner
We’ve put the bag back on the prisoner’s head.

Sapienza: Solo Personale Autorizzato
We’ve fixed a sign on the door to the cave tunnel that was only visible when the door was open.

Isle of Sgail: Washing Ton
We’ve updated the description for the “Ghost of Janus’ Past” challenge to have the correct spelling of ‘Sophia Washington’.

Font Eligibility
We’ve made tweaks to the font colours to make them easier to read, depending on the background colour.

Precision Fire
We’ve added the Steady Aim feature to the L button on Nintendo Switch. This allows you to improve your aim and slow time when aiming with a Sniper Rifle with the Marksman perk, especially useful for the Sniper Assassin game mode and certain Mission Stories. The in-game UI and controller maps will display this accurately.

Helpful note: It’s possible to toggle whether you hold or tap ZL in order to aim a weapon. Look for the Toggle Aim option in Options>Gameplay>Weapon Aim. Note that this won’t affect  47’s ‘aiming’ when throwing; this will still require the play to hold the button to move 47’s throwing arc.

Dubai Demo
We’ve added a new 10 minute trial available for all Nintendo Switch players, allowing them to experience the new Performance Mode on the opening level of the game; Dubai.

Muffled Audio
We’ve resolved an issue that could cause dialogue and gunshots to be heavily muffled when choosing the default starting location on Dubai.

Saving Consistency
We’ve made a change to be consistent with how the game handles game save files that include items that are unique to each game from the trilogy.