Please note: This patch introduces a bugged behaviour which can cause your character to get stuck when interacting with NPCs and waypoints. To resolve this simply press ‚L2‘. This behaviour was discovered after the certification process began, and we feel the benefit of releasing the update with the bug out weighs the downside of delaying the release of 3.7.1c for another day. A follow up submission is in the works and we hope to have the proper fix deployed tomorrow morning.

Having a skill bound to ‚A‘ is causing bugged interactions with loot, directly related to this bugged stuck behaviour. Unbinding this key should temporarily resolve the issue. 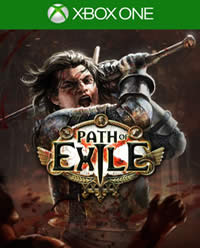